It is well-known that in many countries, present healthcare systems simply do not do their intended job. The dichotomy between purpose and function still evades human political economies. How then can one make progress towards restructuring healthcare systems?

This post argues that the answer may lie in the animal kingdom that has faced the vicissitudes of nature on earth for several millennia more than humans. Simple principles of an ideal healthcare system are derived from the organization and behavior of animals in the wild. The profundity of these principles is evident in the time-tested survival of an entire species.

Lessons we can learn from the animal world

asures of success first and then define an ideal healthcare system for all human beings and figure out how to implement it? We cannot look across the stars to another planet. However, we do have other options. We can look at other species that live on this planet and see what they are doing for their healthcare and see if there are any lessons we can learn from them. Let us begin with the animal kingdom. That is one approach to making extreme changes.

Our planet is a beautiful globe that we time-share, cohabit and symbiose (a valid denominal verb formation!) with other life forms. In fact, there are an estimated 8.7 million different forms of life (Mora C, Tittensor DP, Adl S, Simpson AGB, Worm B (2011) How Many Species Are There on Earth and in the Ocean? PLoS Biol 9(8): e1001127). Brian Tomasik’s study has estimated the number of animals inhabiting Earth to be about 20 Quintillion which 20 Billion Billion. So the human population of about seven Billion is an extremely small fraction of the population of the animal kingdom (less than

percent of the total animal population). Many animal species have been living for several millennia before any human ancestor even set foot on Earth. It may therefore be reasonable for humans to look at their cohabitors and neighbours to see how they manage their healthcare needs. Perhaps there may be some lessons to be learned from the much more numerous, hardier and longer surviving species of animals. What do they do that enables them to survive in the wild, remain healthy and efficiently propagate their species? It turns out that animals have been studying medicine and the art of healthcare longer than humans have lived in this planet.

God gave unto the animals a wisdom past our power to see:
Each knows innately how to live
Which we must learn laboriously.

William Karesh of the Wildlife Conservation Society has studied the health of wild animals. He has observed that infected animals become healthy by self-medication even though animals in captivity under the care of trained veterinarians can succumb or remain morbid due to the same infections.  Such observations suggest that wild animals have mastered an art of healthcare that keeps them healthy while animals in captivity may not possess this art. We could, after all, learn something from these animals then.

Before we embark on a path of building an alternative healthcare system, or defining attributes of an ideal healthcare system, it may help to look at animals living in the wild away from human populations. How do they take care of their health? They certainly cannot go to a doctor or a hospital or obtain an MRI.

How do animals take care of their own health? 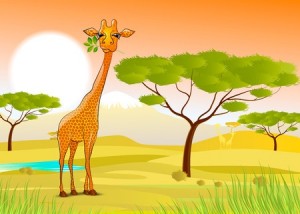 into its nest in order to prevent microbial diseases in its young offspring. Another remarkable example is that of the humble fruit fly that lays its eggs in a bed of fermented fruit alcohol to protect its young from parasites. Infected butterflies prevent parasitic infections in their young by laying their eggs in milkweed. This behavior is not exhibited by healthy butterflies. What these and several other animals and insects have shown is the importance of preventing disease.

World Health Organization (hereafter referred to as WHO): The stated mission of the WHO Department of Chronic Diseases and Health Promotion is: To provide leadership and direction for urgent global, regional and national efforts to promote health and to prevent and control major chronic diseases and their risk factors.

Perhaps the first lesson we can learn from the animal world is:

Using the latest technologies in their world, many bird species line their nest with cigarette butts. It turns out that nicotine reduces mite infection. What research did these birds conduct on this finding? Even if one bird discovered a pattern how did this idea disseminate among a population of birds? Another technological marvel comes from chimpanzees and gorillas. When these animals are infected with intestinal parasites, they ingest certain rough leaves. There are two technologies involved here: some ingest leaves with ani-parasitic properties. Others in 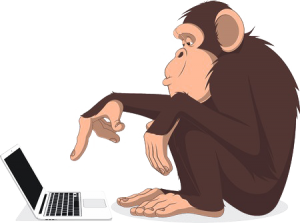 gest leaves that have microscopic hooks. These mechanical anti-parasitic hooks result in the roughage being excreted in whole but with entrapped parasites in their hooks. The self-medication is a conscious action where they have learnt the correlation between diet and feeling good.

Some may quip tongue-in-cheek that this is indeed the earliest example of mechanical nano-medical technology.

This gives us the second lesson we can learn from the animal world:

The next observation arises from an interesting behavior of some animals described in the Web Ecoist.  Some animals care for each other with love and compassion, sometimes to the extent of self-sacrifice 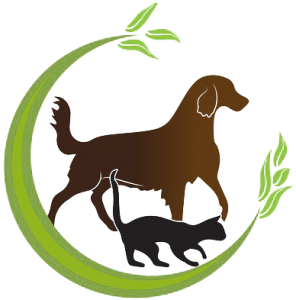 . Consider the example of vampire bats. These mammals take care of their sickly family members by sharing or regurgitating blood with nutritional ingredients. Bottlenose dolphins have been known to help out sick whales by immediately answering their distress calls and guiding them into safe waters for further treatment of this illnesses. Orphans requiring psychological comfort and parental support have been known to be adopted by chimps, bonabos and walruses within their own species. The orphans are nurtured with as much love and care as they would give to their own offspring.

In addition, the WHO specifies in its “Right to Health” charter, the right to obtain timely, acceptable and affordable healthcare of appropriate quality.

These observations give rise to the third and fourth lesson:

It has long been observed that animals take care of their individual health and the health of each other, but these acts do not end with the end of the disease. The nurturing behavior continues until the sick animal is healthy enough to leave the caring environment. Lionesses are known to 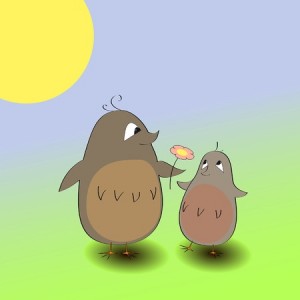 protect and lick their sick cubs beyond the period of recovery from the sickness. Let us, for a moment, digress from the animal world and look at human behaviour in this matter. Mothers tend to provide care and comfort for their sick children beyond the treatment of diseases. In fact, WHO and UNICEF have addressed this by developing the Integrated Management of Childhood Illness (IMCI).

WHO: The WHO clearly defines health as a state of complete physical, mental and social well-being and not merely the absence of disease or infirmity.

Such behavior in the wild animal kingdom gives rise to the fifth principle used in healthcare in the world of wild animals often referred to as Comprehensive Healthcare: 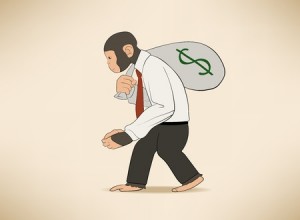 WHO: Accessibility and cost are two issues addressed in a publication by the World Health Organization. A coalition of more than 500 international health and development organizations have advocated the importance of rapid and free accessibility of healthcare.

This gives us a sixth lesson:

Why these six principles?

There is much we can learn from the animal world. Why, then are these six principles singled out as important? Firstly, they are natural ways to think about what qualities one would like to have for a healthcare system. No one would disagree that each of these principles is a desirable attribute for a healthcare system. In fact as cited above, the World Health Organization has suggested the importance of each of these six principles. Second, the application of these principles is not a dream but is a reality in a few institutions in the world. These institutions will be reviewed in future blog posts. Since 1956, all these six principles have been incorporated and applied by its founder Sathya Sai Baba to the establishment and development of the Sathya Sai Healthcare System of hospitals in India and abroad.  This will be discussed in detail in later blog posts.

These six principles provide sufficient guidelines to begin thinking about the structure of an ideal healthcare system. Perhaps more principles can be culled from the behavior of animals in the wild. But for the moment, we begin by describing these six principles and see the implications of these principles upon the human world.