This post discusses the importance and evidence for investment in disease prevention and, in some cases, early disease detection.

Why is an Ounce of Prevention Better than a Pound of Cure? 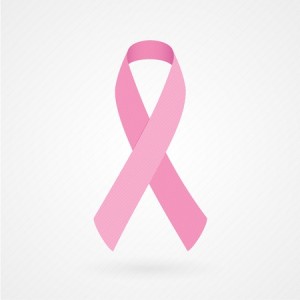 possible in the first place. Disease is not a given in this instance. Examples include vaccination programs, counselling for smoking cessation, obesity, taking Aspirin, reducing specific disease risk factors etc.

Early detection involves detecting existing disease early in its course. Here suspicion or existence of disease is a given. Examples include periodic colonoscopy for detection of pre-cancerous or cancerous lesions, breast self examinations, mammograms, annual check-ups and in general, disease screening programs would fall under this category.

What are the distinctions?

If one does not appreciate this distinction, one can easily be misled into making wrong conclusions about the relative value of preventive healthcare. The two categories differ in the following aspects:


The table below summarizes these differences.

Types of Preventive Activities in Healthcare

Why are these differences important?

The impact on population health is different for disease prevention activities versus disease detection activities. For example, it is estimated in a study by the Centres for Disease Control that asthma, high blood pressure, smoking and obesity each reduce productivity by 200- 440 U.S. Dollars per year per person. Given the low cost of patient education this makes the intervention economically efficient. However, early detection of breast cancer through periodic screening mammograms may not be an economically efficient tool unless it is done in a high risk population (Griffiths, McGrath, Vogel, Oncology, March 1996).

Treatment without prevention is simply unsustainable

Consider a disease prevention intervention of healthy diet, maternal education and folic acid use during the first trimester of pregnancy on neural tube defects. One instance of disease prevented will result in 71 years (average life expectancy globally in 2013 per WHO data) of productive life which is revenue enhancing and at the same time 71 years of not having to manage post-natal neural tube defects which is cost saving. In discounted present value terms, at an assumed interest rate of 1%, a net gain (revenue gain+cost savings) of $1 per patient is equivalent to  $50 today. However, in the case of early detection of another disease, a patient’s productivity may be diminished due to disease burden while the cost savings are also diminished due to disease treatment (although admittedly the cost savings and productivity gains are much more than if the disease was not caught early in its course). In this case as an example, a net gain of $0.5 over an average of 40 years (after disease detection to end of life) is only $16.

This does not imply that early disease detection is not as important in improving population health. In fact, it is proven that screening colonoscopy is economically efficient and improves population health. Perhaps one can separate out the two kinds of expenditures and have each one as an independent variable (although this would require tests for multicollinearity and autocorrelation).

Unfortunately, most data on preventive healthcare spending by countries aggregates expenditures on disease prevention and expenditures on early disease detection. These studies then make a claim for or against preventive activities without filtering out the two types. Aggregation of data leads to misleading and meaningless conclusions which then have to be rejected.

There can be life after breast cancer
The prerequisite is early detection.

What is A Health Impact Pyramid?

The reason we do not want to combine and aggregate the data on these two types of preventive activities is because in some instances one of them may be economically efficient and the other may not be so. A five-tier pyramid of public health intervention strategies describes the relative impact of five strategies on public health (Am J Public Health. 2010 April; 100(4): 590–595). It claims that counselling and education has the least impact but is also least costly to implement. The impact of health education and counselling on disease prevention has often been underestimated. For example, Am J Prev Med 2002;22(4):267–284, argues that education and counselling are not effective. Most of the programs that are effective have adequate follow up after initial contact. Failures result when there is none or minimal follow up. Striking examples of successes with proper education and counselling programs include smoking cessation programs and  seatbelt use programs. The Think First program in Canada has had an enormous impact on reducing preventable head injuries because of a carefully chosen strategy that begins early in school and then followed up with the same cohort while still in school a few years later (J Neurosurg 102:847–849, 2005).

Is lifestyle important in preventing disease? 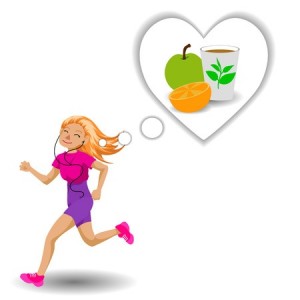 The answer to this question is a resounding, scientific, evidence-based “yes”. The literature on this matter is prolific. A simple search of keywords “lifestyle diet disease” on pubmed yields over 7,000 peer reviewed papers. Walter C. Willett, Jeffrey P. Koplan, Rachel Nugent, et al discuss in their chapter on Prevention of Chronic Disease by Means of Diet and Lifestyle Changes (in: Disease Control Priorities in Developing Countries, Jamison DT, Breman JG, Measham AR, et al., editors. Washington (DC), World Bank 2006), overwhelming evidence about the importance of lifestyle, diet and exercise in reducing risk factors of diseases such as coronary artery disease, ischemic stroke, diabetes and some cancers.

The above book further cites evidence of certain specific lifestyle and dietary changes have been shown to have an effect of reducing modifiable risk factors of chronic diseases. These include:

The ancient and long-standing wisdom of Indian and Chinese medicine also stresses the importance of lifestyle and physical activity. These traditional medicine practices, emphasize the healing power of controlled, non-traumatic activity programs such as Yoga and Tai-Chi which enable healing through a reduction in the inflammatory response to stress (Psychosom Med. 2010 Feb;72(2):113-21) in addition to their innate relationship to the mind-body-spirit connection (PLoS One. 2014 Jul 2;9(7):e100903)

Preventive healthcare is an essential component of any ideal healthcare system. Measures should be undertaken to prevent diseases. Measures should also be taken, when economically feasible, to detect diseases early in their course.  An ounce of preventive activity today will yield a pound of benefits tomorrow.

What Do We Do Then?

The key is to obtain data on national expenditures for disease prevention while taking care to separate out expenditures for early disease detection. These are two variables we need on the right hand side as independent variables of the multivariate regression.