Skip to content
HomePrinciplesPrinciples of the 6P System in Healthcare

The next post will develop the mathematics for the scoring system.

What Animals Have Taught Us: Six principles of an ideal healthcare system 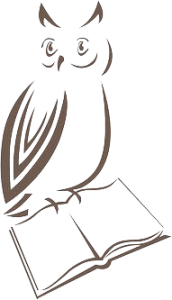 mals in the wild. Recall that animals far outnumber the human population. They have survived over several millennia with many living healthy lives. The principles are simple but it remains to be seen if these can have any value in the human world. We do know, however, that each principle is backed by the World Health Organization. In the next few posts, these principles will be described as the basis of an ideal healthcare system. This will be followed by a detailed description of each of the principles.

Let us see where wild animals can lead us humans who are educated and trained in the science and art of medicine.

The 6P scoring system is a six-principle based system – the building blocks of an ideal healthcare system. These principles are now discussed briefly and later are discussed in detailed by considering one principle at a time.

Each one of these principles creates either a measurable, binary or an ordinal variable and together they contribute to the well-known indices of a country’s health status such as Infant mortality (IM), Healthy life expectancy (HALE).  There are several indices one could use to measure the health status of a country’s population (Parrish RG. Measuring population health outcomes. Prev Chronic Dis 2010;7(4):A71). For now, let us consider HALE as the goal.

Of these variables, 1 and 2 above can be measured by actual expenditure by the country towards preventive healthcare and capital (human and physical) expenditures respectively. 3 and 5 above are descriptive or subjective and may be obtainable as rankings based on a scale of 0-10 (0 being the worst and 10 the best). Number 4 can be measured using waiting times for patients to get access to healthcare in certain situations regarded as important (such as emergency room waiting times or elective surgery waiting times, or even just physical access to a healthcare provider or facility). Lastly 6 may be measured by the percentage of population that remains uninsured.

The next post will describe the mathematical model which forms the basis of the 6P scoring system and provides the analysis necessary to compute the 6P score for each country. This will result in: